A carousel is a rotating set of images. Use the previous and next buttons to change the displayed slide

Art Director Niki Barolini's illustrations have appeared on the cover of Trends in Cell Biology and in other journals such as Nature Phototonics. She also created an award-winning animation on Ferroptosis. Email her to inquire about creating illustrations and explainer animations, for a nominal fee, that promotes your work and showcases your research.

For more samples of her work, see: https://www.nicolettabarolini.com/ 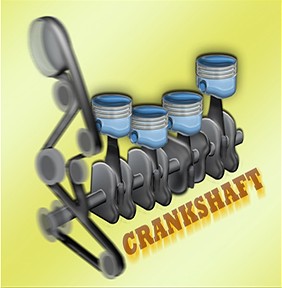 Anatomy of the eye 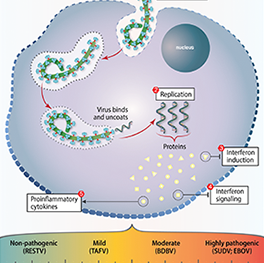 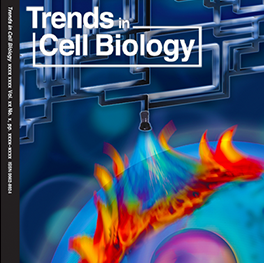 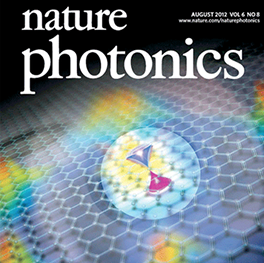 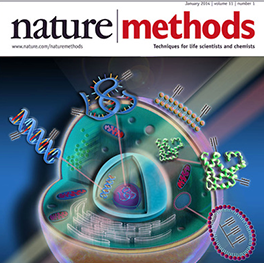 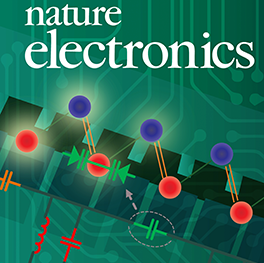 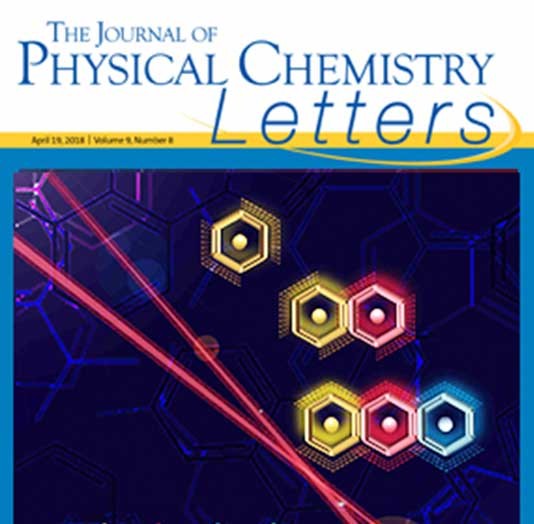 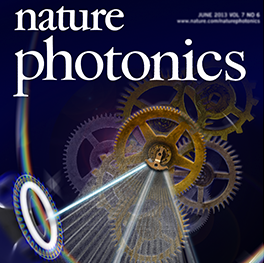 This video on cell ferroptosis was made for Professor Brent Stockwell in the Department of Biological Sciences. In the summer of 2018, it was selected by the Guild of Natural Science Illustrators to be included in an exhibit at the American Association fo
A concise view of COVID-19's properties, structure, and activity. Narrated by Professor Brent Stockwell, department of cell and molecular biology at Columbia University.
Transcript
Covid-19
Where did it come from?
The disease Covid-19 is caused by the virus SARS-CoV-2
The source of SARS-CoV-2 is wildlife
And its genome is 96% identical to coronaviruses found in bats.
The crossover to humans likely occurred when the virus jumped from bats to other animals that were later sold in fresh meat markets, although exactly which animal has yet to be determined.

How does an infection occur?

SARS-CoV-2 is a highly contagious viral infection that attacks primarily the throat and lungs, although other tissues, including the digestive track, the heart and the brain can sometimes be affected
Infected people emit tiny virus droplets when talking, sneezing or coughing, or possibly just breathing, that land on a person, surrounding surfaces, or in some cases that remain suspended in the air
These droplets enter the body through mucous membranes such as found in the mouth, nose and eyes

What is the composition of the virus?

SARS-CoV-2 is part of a large family of coronaviruses that include SARS (SARS-CoV) and MERS (MERS-CoV).
These are also known as enveloped RNA viruses:
RNA---which holds the genetic information for building more copies of the virus--is enveloped by a lipid shell, taken from the host cell membrane in which the virus replicates itself, and coated with a spike protein molecule projecting from the virus particle

How does the virus attack the body?

Once inside your body, the virus comes into contact with cells in your throat and lungs.
A spike glycoprotein on the virus binds to the ACE2 receptor—a protein attached to the outer surface of the membrane of some of your cells.
The viral spike protein has to be primed by the host cell proteases TMPRSS2 and/or cathepsins B and L for viral entry to occur
After binding of the primed spike protein to ACE2, the membrane of the virus fuses with the cell membrane, and so is able to release its viral RNA into the cell.
the RNA, which carries the script for replication of the virus and suppression of the body’s anti-viral response,
passes to the cell’s ribosome
Here, the cell’s machinery is usurped and used to translate the viral RNA sequence to produce its structural proteins, which are initially fused together and need to be cleaved from one another by the main viral protease
Once the new viral proteins and RNA are copied they are transported through the endoplasmic reticulum to the Golgi apparatus.
where the newly minted viral proteins and RNA are packaged
and then released from the infected cell where they can infect another cell, thus continuing the viral propagation

How does the virus affect the lungs?
The virus mainly attacks and kills mucus cells and ciliated cells that live in the lungs
When the mucus and ciliated cells die from the virus-induced injury, they swamp the lung airways with fluid
In some infected individuals, the virus and/or cell damage provokes a massive storm of cytokines—the immune system’s alarm signals—to recruit and activate immune cells
They in turn attack the virus and, unfortunately, also healthy lung tissue which can result in pulmonary destruction.

How would a vaccine work?

A vaccine can be created by clipping out a segment of the virus’s genetic code
Then injecting that into a person whose cells will start producing a weakened, harmless version of the viral protein
Triggering the body’s immune system to fortify itself against future infections

How would COVID-19 medicines be developed or deployed?

In the Stockwell lab at Columbia University, we are exploring the possibility to inhibiting the priming of the SARS-CoV-2 spike protein by TMPRSS2 using a known drug Camostat Mesylate.
Alternatively, in order to copy its RNA genome, the virus uses one of its own viral proteins known as a polymerase, which may be susceptible to inhibition
Another approach would be that when the virus translates its proteins, they need to be cleaved from each other by a protease, which may be susceptible to inhibition with a drug.